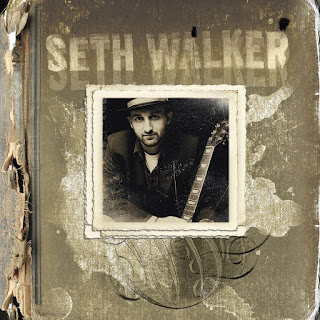 Seth Walker is a different point of blue in American music. His songwriting draws on the entire spectrum of the roots canon and infuses it with a wellspring of deep Southern soul. It would feel just right hearing Seth Walker between Ollabelle on one side and James Hunter on the other. Based out of Austin, Texas where he s become a shining light in an already plentiful local scene, Walker joins HYENA Records for his first ever national release. The self-titled album oozes with down home grit and feeling. Tunes like Change My Way and Gone Before I Knew It are steeped in Texas-soaked guitar boogie. Simultaneously, he can turn around and deliver authentic rhythm and blues on songs like Steady, 2 Feet Left From The Ceiling and Sun Down. But just when you think you get the idea, Walker offers a gorgeous piano-vocal rendition of Tom Waits Picture In A Frame. To quite simply sum it up, Seth Walker is an artist who is here to stay. He ll be making records, touring the country and singing his songs with as much conviction and heart as there is to give now and always. Count on it. This young man is pure talent, a masterful blues guitarist, a singer with some swing in his voice and a writer whose originals such as "Gone Before I Knew It" and "2' Left to the Ceiling" sound less composed than unleashed. --Austin American Statesman
Walker knows how to turn volume knobs both ways while kicking out music based on sharp lyrics, dynamics, and emotion. --San Antonio Express News
Seth Walker swings, rocks, boogies, and plays low down blues all in one set, all on one record. He's a great singer, and authentic performer of real American music, and he's writing new classics. Don't miss a chance to hear Seth. In person or on record, he's the real deal. --Marcia Ball