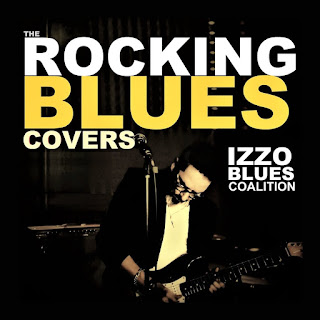 A fixture of the Canadian music industry throughout the past two decades, Tino Izzo’s songwriting and production work have garnered widespread praise both at home and abroad. A seasoned multi-instrumentalist and sought-after guitar player, Izzo has written and produced a string of #1 singles and been at the helm of gold and platinum-selling albums for a diverse range of artists. His debut instrumental guitar-based album Blue Desires was awarded with the Billboard Choice award upon its released in the early 90`s, and he has since gone on to release six critically acclaimed instrumental guitar-based records that have received praise from critics and fans alike.
Shifting gears in 2019, Izzo returns to his first love as a musician guitarist THE BLUES! Something he’s waited patiently his whole career to finally embark on, as he said, he wanted to to be “ripe” before doing this.  A sharp-edged blues project, dubbed the IZZO BLUES COALITION (IBC) was created. This dynamic three-piece ensemble delivers on a longstanding promise made between Izzo and his longtime right-hand man Bob Telaro to eventually record and tour in support of a bare-bones blues record, marking a return to the live circuit after a decade-spanning tenure behind the boards.
With Izzo’s seasoned, virtuosic guitar chops and trademark throaty vocal delivery backed by Telaro’s recognizably laid-back, heavy-hitting drum work, the album breaks new ground in the Blues Rock landscape. This unhinged collection of inspired blues recordings marries compositional intricacy with technical prowess, making for a streamlined, exhilarating listen that redefines Izzo as a latent blues rock visionary.