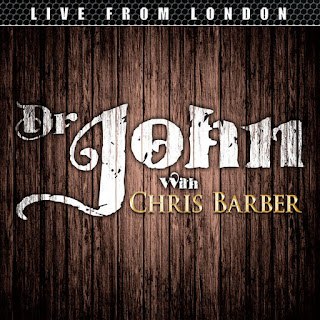 Although he didn't become widely known until the 1970s, Dr. John had been active in the music industry since the late '50s, when the teenager was still known as Mac Rebennack. A formidable boogie and blues pianist with a lovable growl of a voice, his most enduring achievements fused with New Orleans R&B, rock, and Mardi Gras craziness to come up with his own brand of "voodoo" music. He's also quite accomplished and enjoyable when sticking to purely traditional forms of blues and R&B. On record, he veers between the two approaches, making for an inconsistent and frequently frustrating legacy that often makes the listener feel as if "the Night Tripper" (as he's nicknamed himself) has been underachieving. In the late '50s, Rebennack gained prominence in the New Orleans R&B scene as a session keyboardist and guitarist, contributing to records by Professor Longhair, Frankie Ford, and Joe Tex. He also recorded some overlooked singles of his own, and by the '60s had expanded into production and arranging. After a gun accident damaged his hand in the early '60s, he gave up the guitar to concentrate exclusively on keyboards. Skirting trouble with the law and drugs, he left the increasingly unwelcome environs of New Orleans in the mid-'60s for Los Angeles, where he found session work with the help of fellow New Orleans expatriate Harold Battiste. Rebennack renamed himself Dr. John, The Night Tripper when he recorded his first album, Gris-Gris. According to legend, this was hurriedly cut with leftover studio time from a Sonny & Cher session, but it never sounded hastily conceived. In fact, its mix of New Orleans R&B with voodoo sounds and a tinge of psychedelia was downright enthralling, and may have resulted in his greatest album. He began building an underground following with both his music and his eccentric stage presence, which found him conducting ceremonial-type events in full Mardi Gras costume. Dr. John was nothing if not eclectic, and his next few albums were granted mixed critical receptions because of their unevenness and occasional excess. They certainly had their share of admirable moments, though, and Eric Clapton and Mick Jagger helped out on The Sun, Moon & Herbs in 1971. The following year's Gumbo, produced by Jerry Wexler, proved Dr. John was a master of traditional New Orleans R&B styles, in the mold of one of his heroes, Professor Longhair. In 1973, he got his sole big hit, "In the Right Place," which was produced by Allen Toussaint, with backing by the Meters. In the same year, he also recorded with Mike Bloomfield and John Hammond, Jr. for the Triumvirate album. The rest of the decade, unfortunately, was pretty much a waste musically. Dr. John could always count on returning to traditional styles for a good critical reception, and he did so constantly in the '80s. There were solo piano albums, sessions with Chris Barber and Jimmy Witherspoon, and In a Sentimental Mood (1989), a record of pop standards. These didn't sell all that well, though. A more important problem was that he was capable of much more than recastings of old styles and material. In fact, by this time he was usually bringing in the bacon not through his own music, but via vocals for numerous commercial jingles. It continued pretty much in the same vein throughout the '90s: New Orleans super sessions for the Bluesiana albums, another outing with Chris Barber, an album of New Orleans standards, and another album of pop standards. In 1994, Television did at least offer some original material. At this point he began to rely more upon cover versions for the bulk of his recorded work, though his interpretive skills will always ensure that these are more interesting than most such efforts. His autobiography, Under a Hoodoo Moon, was published by St. Martin's Press in 1994, and in 1998 he resurfaced with Anutha Zone, which featured collaborations with latter-day performers including Spiritualized, Paul Weller, Supergrass, and Ocean Colour Scene. Duke Elegant followed in early 2000. Additional albums for Blue Note followed in 2001 (Creole Moon) and 2004 (N'Awlinz: Dis Dat or d'Udda). Sippiana Hericane, a four-song EP celebrating his beloved hometown of New Orleans in the wake of Hurricane Katrina, arrived in November of 2005. Mercernary, an album of covers of songs made famous by Johnny Mercer, appeared on Blue Note in 2006. City That Care Forgot followed in 2008. The Night Tripper persona was revived for 2010's Tribal, which featured guest spots from Derek Trucks, Allen Toussaint, Donald Harrison, and the late Bobby Charles. Dr. John also contributed to French electronic artist Féloche's international hit single "Gris Gris John" the same year. He teamed up with the Black Keys' Dan Auerbach to produce and record Locked Down. It was issued in the spring of 2012. Two years later, he released the third album in his tribute series, a collection of songs by and associated with Louis Armstrong entitled Ske-Dat-De-Dat: Spirit of Satch. It featured guest appearances from Bonnie Raitt, Ledisi, and the McCrary Sisters, and Blind Boys of Alabama, and appeared in August of 2014.
The 'Live From London' series presents legendary musician Dr. John and the Chris Barber Jazz And Blues Band performing at the famous Marquee Club as part of the club's 25th anniversary celebrations. His distinctive voice, songwriting talents and musicianship have earned Dr. John five Grammy Awards and booked his place in the Rock And Roll Hall of Fame.