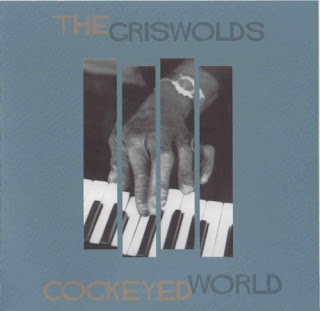 Art & Roman Griswold have dominated the Toledo, Ohio blues scene for the last ten years, after the death of their erstwhile mentor and colleague Big Jack Reynolds. While The Griswolds' style differed from Big Jack's their arrival in the Detroit/Toledo area in the 1950s brought them under his and Little Walter Mitchell's influence. Roman is the older brother, but Art has always been the leader with both his guitar histrionics and his staccato vocals. They recorded singles throughout the 1960s and 1970s on Fortune and other regional labels, but it wasn't until 1987 when the Griswolds had material released on an album, Blue Suit's initial release "Two Aces & A Jack," which they shared with Big Jack Reynolds. They remained minor figures in the regional blues world until the 1980s when their band (Art on guitar & vocals, Roman on organ and vocals, Eli "Professor Easy" Garner on tenor sax and Allen "Funky Monkey" Szombati on drums) was the hottest group in the area. This group toured the upper Midwest and South and recorded "The Real Deal" on their own Buckeye label. Unfortunately the quality of this recording did not capture the band's electricity as a live band. Subsequently the Griswolds got a new saxophone player, recorded "All The Way Down" on JSP Records and toured Europe in the mid-1990s; this album also failed to represent the dynamics that typified their club performances/