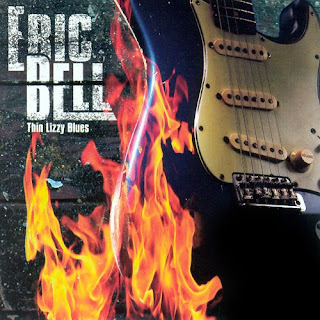 Nearly thirty-five years ago "Whiskey In The Jar" became a humongous hit for Thin Lizzy. Since then the song has become a Rock classic, having been recorded by countless musicians, ranging from the Irish Folk band The Dubliners to the Heavy Metal dinosaurs Metallica, who issued the tune as their Millennium single. But no-one has ever captured the essence and the unique feel of "Whiskey In The Jar" like the man who created the original guitar parts: Eric Bell, the first guitarist and founding member with Thin Lizzy, who still creates magic when he picks up his guitar and plays the instantly recognizable intro.
Lately Eric Bell is back on the road playing what he loves best, the Blues. When Thin Lizzy first started Eric played the Blues to enthusiastic crowds, which packed the bars and clubs around Belfast, before everything changed when "Whiskey In The Jar" became a huge hit and propelled the band to legendary stardom. But Eric never gave up his love for Blues music, and nearly thirty-five years later Eric has returned to his musical roots and is once more exploring and recreating songs from his beloved Blues heroes such as Albert King, Freddie King, Buddy Guy, Howlin' Wolf, Albert Collins and Elmore James.