Big Gilson & The Wolf - Bring It Back Home 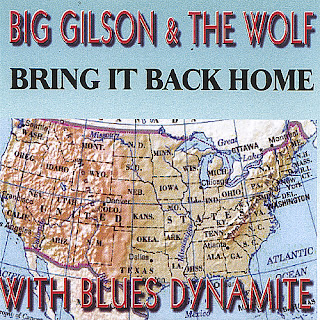 The Brazilian Guitar hero meets the British old time blues shouter.
Big Gilson: bears the distinction of being acclaimed by such greats as B.B. King and Buddy Guy. He has appeared at Buddy Guy’s famous Legends, The Blue Note – New York and many other top venues. Called the king of the slide guitar – this is truly justified – but this should not be allowed to detract from his superb mastery of all forms of guitar playing – the guy is a genius! Strangely enough he does not hail from Memphis or Chicago but from Rio de Janeiro – he really is bringing the blues back home
The Wolf: his emotive passionate and powerful vocals combine with an amazing stage presence. This has brought about a cult following and the media and radio presenters in the USA and other countries throughout the world have praised his work.
His vocals mirror life’s experiences – making him one of the best contemporary songwriters in his genre. Wolf hails not from the deep south of the USA but from the deep south of the UK!