Mike Sponza - Made in the Sixties 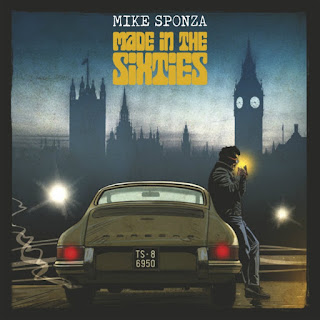 An album dedicated to the '60s, a decade for me very fascinating in many ways and on which there is much to say; it is also the period in which I was born, and for some time I was thinking of making a record about that decade. 10 songs. One for each year. 10 stories inspired by events, facts, people, cultures, ideas, which are intertwined to look at the 60s in a dual perspective: the glamor side and swinging on one side, the dark and problematic side on the other. 10 controversial years that have changed youth culture forever. All filtered with different musical languages, from rock to Latin, from pop to acoustic, from soul to rock'n'roll. In 2014 my album ERGO SUM was produced at Abbey Road Studios by Rob Cass, producer of the English rock blues scene and Giles Martin's right-hand man at Abbey Road. At the beginning of 2017, Rob suggested that I also produce my new recording project. The collaboration with Pete Brown is born - one of the greatest English rock authors, active since the early 60s, but above all the man behind the major successes of Cream (wrote White Room, Sunshine Of Your Love, I Feel Free, Theme From An Imaginary Western ...). To give an important graphic touch, Romeo Toffanetti thought - famous illustrator (Nathan Never), who in 8 tables managed to perfectly represent the content of the songs.