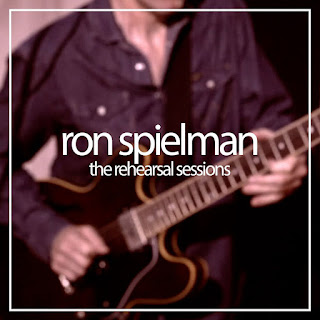 He has already released a dozen albums under his own name, always accompanied by raving reviews from the music press. Respectfully, fellow musicians whisper his name, praising his qualities as a songwriter and his extraordinary guitar skills. Ron Spielman has been touring the music world for 20 years. As a discoverer along the boundaries of singer/songwriter, blues, jazz, fusion, rock, pop and folk, he remains edgy with all catchy melodies, always walking the fine line between accessibility and depth. Spielman’s latest work is titled “Tip of My Tongue”, a pure instrumental album, on which he hears and reinterprets songs from his last four solo albums in the style of “Standards”. Translating all the nuances and facets of the voice to the guitar means challenge and liberation at the same time to him. By taking the pause as seriously as the played note, he gives the songs an atmospheric emotionality that allows to indulge and drift beyond their musical and technical finesse. More space for imagination, taking new perspectives, so the concern of this album, which is true for listeners and the artist alike. Live, you have to count on Ron Spielman on virtually every stage. Whether a blues festival, a jazz club or a rock shed, promoters appreciate the trademark sound of his guitar playing just like his audience does. “Music for adult rock gourmets,” the magazine Focus once wrote and hit it straight to the point: concerts by Ron Spielman are something for connoisseurs.
His current band consists of Thomas Stieger on bass (Sarah Connor, Jimmy Somerville, Gregory Porter, Alice Merton, Cory Wong), Yasmin Hadisubrata on keyboards (Ivy Quainoo) and Julian Kuelpmann on drums (Andreas Kuemmert, Nils Wogram).