Tawl Paul - That's Just How I Am 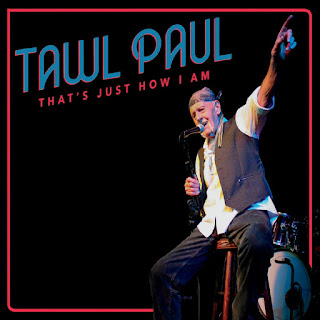 This is an album of electric blues that at times mixes in elements of roots rock and jazz.
The college town of Carbondale, Illinois, boasts one of the midwest’s most vibrant music scenes. And everyone here will tell you that, towering over the summit of its extensive pantheon, stands the great Tawl Paul Fredrick.
Growing up on Chicago’s south side, Paul got hit hard by the blues and soul, fell in love with them. He grew up to serve with the army in Vietnam, and then came to Carbondale in the early 1970s to attend college. Soon afterward, he joined a band, and discovered two things: He was born to sing and Carbondale was his home. For fifty years now he’s sung the blues from there. Along the way, he’s made himself into one of the scene’s most revered performers, and established a reputation as one of the wildest, most unrestrained acts around.
For decades now Paul’s bands have consisted of the cream of Carbondale’s musicians, creating out-of-the-box arrangements of traditional blues and soul songs and transforming classic rock songs like “Sweet Jane” into rampaging roots music. Underneath it all lays Paul’s astonishing voice, a raw force of nature so low, so deep, local impresario Harry Klein once wrote, that it sounds as if it’s coming from below the stage.
Performers here have come and gone. Paul, however, has planted his flag and made his stand in Carbondale, enriching the region to the point where in 2013, Mayor Joel Fritzler declared June 23 Tawl Paul Day. And legendary local dive bar PK’s now holds an annual Tawl Paul Weekend every June in his honor, with local music greats coming out and alumni returning in droves to pay homage.
Tawl Paul’s legacy, however, has been largely confined to the stage. That’s resulted in many legendary performances, but if you weren’t there, you just couldn’t know--or believe--what you’ve missed. Sure, Paul’s made recordings here and there, including a few live albums and playing guest roles on other people’s records, but he has never released a full-length studio album—until now.
Produced by songwriter and guitarist Kent McDaniel, That’s Just How I Am showcases Tawl Paul’s talent beautifully, backed by a host of great players. His vocals soar over innovative arrangements of classic songs. “Rollin’ and Tumblin’,” for instance, boasts the bluegrass banjo of Lew Hendrix. Other surprises abound: like Paul’s gravelly baritone virtually crooning Johnny Mercer’s “Autumn Leaves” and John Prine’s “Hello in There,” with an ethereal flute calling back the melodies.
But the centerpieces of the album are the six raw, unadulterated originals. There’s a ferocious rendition of Paul’s own “Baldheaded Blues,” originally released in a far more restrained version on a local compilation in 1992. Two great songs by producer Kent McDaniel deserve special mention: “Big Jim,” based loosely on Tawl Paul’s life, and a pointed song for our tumultuous times, “May You Still Believe.”