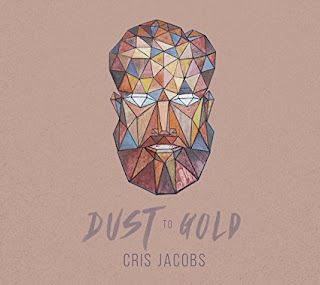 Cris Jacobs will release his anticipated sophomore album, Dust to Gold, later this week. Hailing from Maryland, Jacobs has been crafting his sound for more than a decade. He started as the frontman for the roots-inspired jam band The Bridge. In 2012, he released his first solo project, Songs for Cats & Dogs, which caught the attention of some key players in the business. Jacobs has been a support act for both British rock legend Steve Winwood and modern country music hero Sturgill Simpson. Like Simpson, Jacobs spent his early musical years studying the masters of country music. He emulated the legendary country flatpickers like Doc Watson, Tony Rice and Norman Blake. Later he discovered the twangmasters Jerry Reed, Chet Atkins and Merle Travis. For vocal inspiration, he turned to some of 20th Century masters: Ray Charles, Merle Haggard and George Jones, just to name a few. On Dust to Gold (out on Oct. 21), Jacobs draws from the past and present and comes into full maturity as an artist. The album, which you can stream in its entirety below, is like a jukebox of Jacobs’ influences over the years.
“What I love about country music, and blues music, and soul music, is the feeling and the stories, which is something that can apply to any style,” he says. “These influences, they are just vitamins. If I keep on a healthy diet of them, the good stuff will seep through into my own creations.”
Jacobs’ music has a warmth that immediately draws you in. His voice and style tilts more towards blues, R&B and rock than it does to country. Still, you can tell he is a student of balladeers like George Jones. Dyed-in-the-wool country fans should start with “Jack Whistle & The Hammer.” It’s country with an R&B groove, and it displays Jacobs’ wide range of talents.