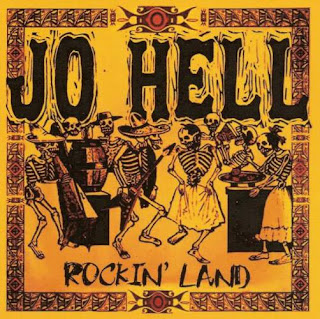 Jo Hell started playing in bars in the Montreal (Canada) area at the age of 16. After two years of playing jam nights seven nights a week, Jo Hell decided to start his own band, which he names "Jo Hell & The Red Roosters". As the years went by, the number of shows increased and the demand for the band became more and more obvious. They appeared at several festivals and the local popularity of the band began to shoot to the top. Many articles in the local newspapers, their appearances at local radio stations and television, as well as on numerous websites confirm the charisma of the band. "Jo Hell & The Red Roosters" came to Austin for "SXSW" in March of 2006. They graced the stage of Nuno's on 6th and were promptly featured at the "Red, White and Blues Festival" at "Waterloo Park" in July of 2006. Since that time the Jo Hell band has recorded 3 new albums: "Jo Hell" (self-titled) (2008), "Live At The Pjeireblues" (2011) and the newest - "Rockin' Land" (2013).