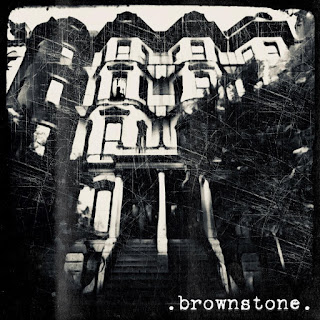 A heavy rock n' roll concept album about a serial killer who becomes haunted by the ghosts of her victims. ODD MRS DODD was well aware of her husband’s extra marital activities. A soft spoken, stoic person, she silently accepted her situation until the morning SHADY MR DODD returned home with intent to gather his things and leave her for another woman. This was the event that sent ODD MRS DODD over the edge. What she’d kept bottled inside for years exploded, invigorating her to brutally stab him to death. Prior to the murder, her social interactions were few to nonexistent, and she experienced life solely within the comfortable confines of her apartment walls. She was emboldened by the act of murdering her husband, and as a direct result found the confidence to venture out into the halls of the East Village BROWNSTONE in which she lived. Her goal was to meet her neighbors and form inspired friendships. What she discovered, however, was a building full of the kind of life, or lack thereof, that was a direct reflection of her former one. It was at this point she began mercy killing each and every inhabitant of the BROWNSTONE. But what dies in the BROWNSTONE can never leave the BROWNSTONE, so she’ll be haunted by the ghosts of her victims until she acquiesces to show herself the same brand of “mercy” she showed them.
BROWNSTONE is a rock n’roll horror event, a walk-through haunted house with a musical narrative. The listener will travel from apartment to apartment escorted by the NARRATOR (a guitar playing blues singer), and will meet all the haunted house's residents, experience their struggles, their untimely deaths, and their ultimately triumphant rebirths.