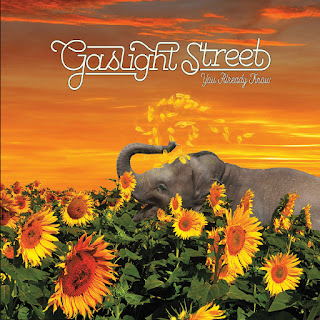 A blues and soul infused blend of moonshine and honey/
In early 2015, Gaslight Street stood at a familiar crossroads that every band comes to at one point or another. Their long time guitarist had left the band, and the quartet was reduced to three. They had a calendar full of dates, including a month long tour out to Colorado. They could have easily decided to stop and take a break, but Whitt Algar (keyboards/bass) decided he would simply combine his skills as bassist/keyboardist and keep the band rolling. He learned to play bass lines on the top organ while still playing the keys on the piano stacked underneath all in the matter of weeks. Stratton Moore (drums) and Campbell Brown (Guitar/Vocals) went to the woodshed with their band mate and forged a new sound. Soul, the backbone of their music, had become more prominent and Algar’s own songs were being introduced to the band. They continued their journey out west for a month long tour to Colorado and back. When they returned to their hometown a new band had been born.
In 2016 the band won the CPMA Blues Band of the Year and released “Two Years Gone”, the album they recorded in 2014 as the quartet. Touring had become more and more frequent and the band had discovered a cohesiveness from both the road and the stage they performed on. In the Summer and Fall of 2017 they recorded new tracks at Fairweather Studio (Charleston, SC) for their first studio album as the trio. Omar Colon (Owner/Engineer) and Brown are putting the final touches on the project in order to release the album by Summer of 2018.