Paul Zunno Band - Black & White and Blues All Over 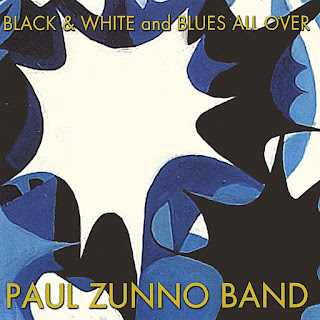 This is a Blues/Rock oriented album. The Paul Zunno Band is one hell of a rocking blues band based out of New York City. Guitarist/vocalist Paul Zunno is joined by Zerrick Foster on bass/vocals and John DiGuilio on Drums/vocals. Paul and Zerrick met playing for rock and roll legend Wilson Pickett(Midnight Hour and Mustang Sally) where they formed a friendship and musical bond that has grown stronger over the last three years. They both appeared on "The Late Show with David Letterman" in support of Mr. Pickett?s new album and have performed throughout Europe and the United States. Zerrick and John met playing together backing up countless acts like the Shirelles, the Tokens and Gary U.S. Bonds. John was also Kenny Logins drummer for two years.
Together these three guys pack a punch that is very exciting to hear and see.

Black & White and Blues All Over