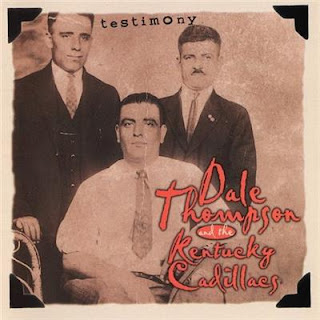 In which the Bride frontman indulges solo passion to push the boat out into previously uncharted musical waters, taking a Southern American sound which ends up being a cross between Creedence Clearwater Revival and Little Feat. Dale gets a chance to come on with that old blues singer soulful yawp of a vocal, especially on "Ain't Done Me No Wrong" with its fluid groove and jazzy piano licks. Generally all of this works rather nicely and along the way we get the huge horn sound on "Better Watch What You Say" and the suitably downhome gospel blues of "Old Time Religion". One highlight is all the sax soloing at the end of the brilliant swampy "Business As Usual". Just great! "Don't You Judge The Preacher" has a wonderful old fashioned R&B soul feel with plenty of organ and horn stabs to get the pot cookin'. There are plenty of shades of blue here from the magnificent and enigmatically titled "Who'll Bell The Cat" and the suitably strolling blues vibe of "Road Less Travelled". There's a humorous moment on the live version of  "One Man's Opinion" recorded live in a park with interruptions from a passing plane!! Can a white man sing the blues? In Dale's case, the answer has to be.almost!