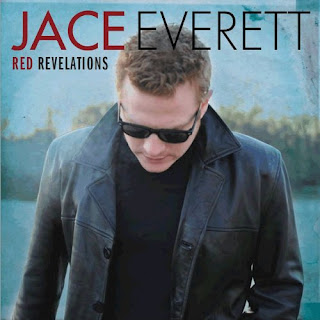 The title Red Revelations vaguely suggests a truth written in blood…or True Blood, which is a better fit for Jace Everett, whose career was stalled before Alan Ball picked his “Bad Things” as the theme song for HBO’s vampire soap opera True Blood. That was the swampiest song on a very good eponymous 2006 debut that spent perhaps more time than it should have catering to mainstream country radio, but three years later, he’s not only free of a major label, he has an audience that wants more of that swampy, bluesy mojo, and so he does on his third album, Red Revelations. This is his first record since True Blood, and he smartly plays to its teasingly dark rockabilly swagger and also adds the song to the middle of the album, which is fine because it fits better here than on Jace Everett. Here, Everett sheds any elements of a crossover country crooner and fashions himself as an heir of sorts to Chris Isaak's retro-rock, only he’s not as well-manicured and lacks a consuming devotion to Roy Orbison. He’s a little grittier and bluesier, not so much that Red Revelations could be mistaken for a transmission from a backwoods juke joint, but enough to give the record a bit of an authentic kick. Plus, it helps that Everett is both a good writer and has an expert ear for material, something that makes Red Revelations more than an exercise in sound; rather, it's more a cracking, late-night rock & roll record.