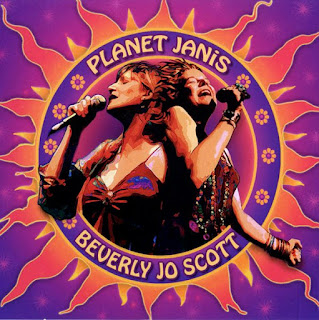 Beverly Jo Scott (born May 15, 1959), also known as B. J. Scott, is an American-born singer-songwriter living in Brussels, Belgium
Born in Deer Park, Alabama, Beverly Jo Scott grew up nearby in Bay Minette, where, as a teen, she began singing.
She moved to New Orleans, Louisiana, then to California and, ultimately, in 1982, to Europe after a trip to Brussels, Belgium, resulted in her living there. In Europe, she has regularly performed in France and Germany at festivals and large music halls. She has been developing Planet Janis, a tribute show to the late Janis Joplin. Another project she's developed is "Swamp Cabaret," a one-woman multimedia show focusing on the Gulf Coast.
In June 2011, after living 30 years abroad, Scott performed in her home state at the Saenger Theatre in Mobile, Alabama, as part of a "Live at Space" concert series.
In September 2011, Chickfest's featured artists included Scott, who Press-Register Entertainment described as building "a thriving career in Belgium over the last three decades, but maintains a legion of fans back home, thanks to the earthy passion of her music."