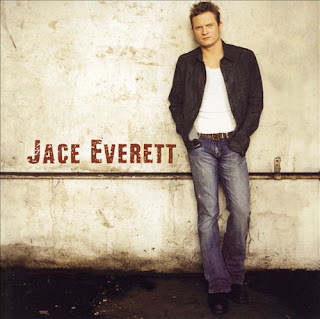 On his self-titled 2006 debut, Jace Everett -- a native of Indiana who moved to the Lone Star State when he was a kid -- swaggers and growls whenever he's not sincerely belting out power ballads, two traits that serve him well. His vocals are assured, and there's a sleek, muscular feel to Jace Everett that makes it one of the more testosterone-fueled contemporary country albums in recent memory, yet it often is on the verge of being too sleek. The guitars are big, the drums cavernous, and it's all wrapped up in a glossy production that doesn't have much grit to its sound --- so it's to Everett's substantial credit that he makes this album sound tougher than other records of its kind. He pours soul into his performances, which carries him through the songs that are designed for the radio, such as the opening pair of "Everything I Want" and "That's the Kind of Love I'm In." Once those two songs are through, the albums starts to get into Everett originals with the sultry rockabilly boogie of "Bad Things," which might ape Chris Isaak's "Baby Did a Bad Bad Thing," but turns it into something less menacing and a little rowdier. After that, Jace Everett retains its clean, polished sound but the music gets more interesting, as he tears through the rollicking barroom anthem "I Gotta Have It" before easing into Bobby Houck and Radney Foster's bittersweet ballad "Half of My Mistakes," which all leads up to a second half comprised of original material. Musically, his tunes -- most co-written with Stephany Delray, plus a couple of other collaborators -- aren't that far removed from what came on the first half of the record, but they avoid the soaring, deliberate choruses of the professionally written opening pair and have as much earnest soul as his vocals. This is particularly true on the ballads at the end of the record where he decides to show some vulnerability on the sentimental but not saccharine nostalgia of "Nowhere in the Neighborhood" and "Between a Father and Son," where Everett's muscular vocals and direct lyrics keep these songs from seeming drippy. It also helps that Everett balances songs like these with slyly rocking songs like "A Little Less Lonely," since it helps give the record both variety and momentum, illustrating that Everett sounds as comfortable with harder country as he does with the commercial stuff. And what makes this such a thoroughly winning debut is that it walks the line between these two extremes with ease. Some may still wish that Jace Everett had a production as varied and soulful as Jace Everett the writer and musician, but there's no denying that this first album showcases a contemporary country singer and songwriter of considerable potential.