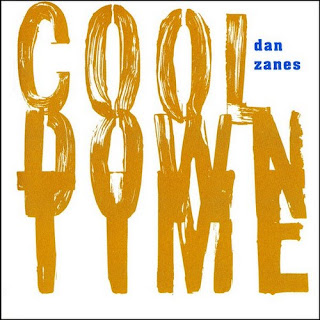 It was a sad day for roots rock and Americana when the Del Fuegos called it quits in 1990, but all was not lost. Singer Dan Zanes went solo in the 1990s, and this 1995 release was his first album on his own. Cool Down Time isn't a radical departure from Zanes' work with the Del Fuegos; roots rock and Americana are still the Bostonian's focus, and he continues to lace some of his songs with blues and a touch of R&B -- not R&B as in urban contemporary, but R&B as in classic 1960s soul. Nonetheless, Cool Down Time is a rock album first and foremost, and none of its tracks stood a chance of being played on black R&B stations in 1995. For that matter, they probably wouldn't have been played on black stations in the 1960s -- the 1960s R&B stations that felt the Rolling Stones and Jimi Hendrix were too rock-oriented for their purposes (even though both were R&B-influenced) would have said the same thing about Zanes. They would have said, "This is basically rock, and we don't play rock." But then, Zanes wasn't going after R&B stations with this release. His audience is a roots rock/Americana audience, although it's a roots rock/Americana audience that doesn't mind a dash of soul seasoning being added to the mix. Cool Down Time isn't quite in a class with the Del Fuegos' best albums, but it's a respectable, decent solo debut -- and it demonstrates that Zanes can get along nicely without his former band.