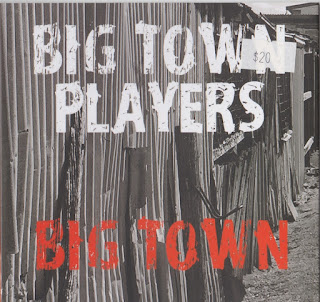 The Big Town Players are a harp/ guitar-driven old-school Rhythm and Blues band with a 90% original repertoire and have been playing around town for nearly 3 years. Their blues covers range from Taj Mahal to The Red Devils. Featuring local stalwarts Howie Smallman, Phil Bradley, Pete Lisiewich and Phil Riseborough, the band boasts 4 vocalists and has been wowing audiences at the Perth Blues Club and other local haunts with their energetic, spirited performances. Sporting a weighty, traditional-style old-school sound with a new-school approach to songs and song-writing, the Big Town Players promise to be a wild card on the local scene. The band has recently recorded its debut album.
Howie has played at the Festival of Adelaide, Blues at Bridgetown in Lee Sappho And The Body And Fender Band, as well as Bridgetown in other outfits including The Hips. Phil Riseborough has played Bridgetown with The Hips, and Phil Bradley has played Bridgetown as a solo act.
In 2017 The Big Town Players appeared as guests of The Perth Blues Club, playing a resounding set that had the punters dancing from the first number.