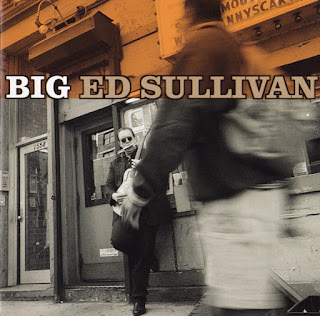 Ed Sullivan was born and raised in Brooklyn, New York.  As a young man, he spent countless hours sharpening his talent on guitar and harmonica, while seeing too many of his friends fall victim of drugs and gang wars. For Sullivan, music was an escape, but he says, “it was really what saved me from the street and from a choice that could have ruined my life." Inspiration from some of the great names of the blues and rockabilly – Slim Harpo, Albert Collins, Danny Gatton and Link Wray – influenced Sullivan’s style, and still hold a special place in his list of musical gods. Sullivan is a pillar of the New York music scene. He was a regular player at Manny's Car Wash, the former temple of the blues in New York. He also played at numerous festivals organized in the city and he was one of the founding members of Rebel Rockers, a rockabilily group featuring original Stray Cats member, Gary Setzer.  Sullivan’s latest record, Run ToThe Border, produced by Popa Chubby, (as was his first record titled, Big), features a return to the sources of blues and guitars more sharp-edged than ever. Big Ed Sullivan was inducted into the Blues Hall of Fame as a Great Blues Artist on December 4, 2011