Derrin Nauendorf - Skin Of The Earth 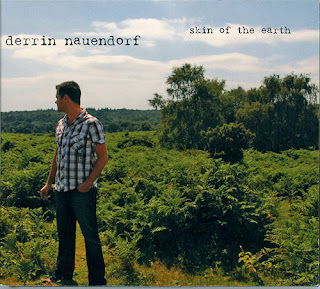 Determined to make something of his music career, five years ago Derrin Nauendorf arrived at Heathrow airport from Australia with a guitar, ?1200 and several extra layers of clothing. Derrin spent those next five years playing anywhere that would have him, sleeping on floors and living on tuna baguettes. Things looked up when he purchased an old Post Office van, which then became his home for the next six months. More importantly, it allowed him to get gigs, and essentially his music, out into the real depths of the UK. Over 1000 gigs later, Derrin finds himself with fans not only in England, but Scotland, Holland, Denmark, Sweden, Germany, France and his native Australia too. He has since managed to sell over 12,000 albums from the back of that van, and become a bit of a hit on the festival circuit too. This new release looks set to be even bigger. Derrin's songwriting skills have taken him up several levels, his voice has more depth and soul than ever before, and his repertoire has expanded to encompass ballads, mid tempo songs and upbeat tracks.