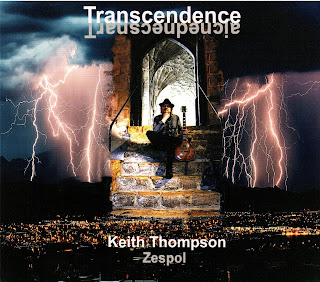 British Blues/Rock with a creative spin and an international band/After doing many tours in Poland, a set of circumstances led me to be introduced to Arthur Malik and Jacek Chruscinski in a car park in Grodkow, Poland. They were to be a pick up band for a gig that night in Chojnow, near Legnica. We found that we gelled as people and as a band. The gig didn’t exactly go to plan but the audience loved it. We joined forces for another tour later that year in Germany, Switzerland and Austria where a natural chemistry developed on stage. We did more work in Poland, Czech Republic and Luxembourg and it was decided
to do the next KTB album together. This is my 12th album and I wanted to be creative , yet stay true to my roots. I wanted to be myself, yet in some way pay homage to those who have influenced me. A challenge but I think this has been achieved. It was recorded by Adam Drzewiecki over 3 days in DMP Studios in Krakow and about two weeks or so at Density Music in the UK. Produced: Keith Thompson - Density Music Mixed and mastered by David Pickering Pick at FFG Studios, UK. All songs are written by Keith Thompson, except: “Backwater Blues”, Bessie Smith (MPL UK Publishing) and “Hesitation Blues” Trad arr. By Keith Thompson.