Cyril Lance - Live From The Outskirts 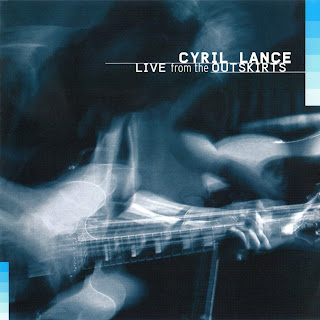 Lance and his band "Outskirts of Infinity Collective Experience Arkestra" toured regionally in the south-east honing a show tailored to Lance's vision and has built a reputation for shows that combine deep songwriting and roots grooves with passionate and spontaneous improvisational explorations that has made him equally at home in both the blues circuit and the jamband scene. Based on this touring, Lance has released his second CD "LIVE from the OUTSKIRTS" which has already met with similar acclaim as his first album. "LIVE" perfectly captures what makes Lance and his band so special in performance. Lance is currently recording his third album which will further the boundaries of American roots music.

Live From The Outskirts