Michael Louis - The Roll Up 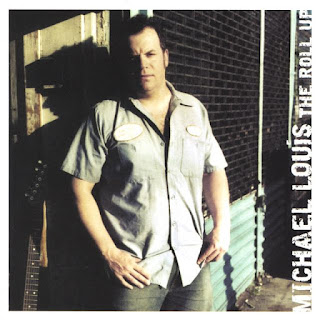 Guitarist/Singer, Michael Louis was born in NYC and raised in Brooklyn, NY and still lives there. Growing up on the streets of the New York City area had a profound effect on his music. His musical style is also influenced from the south through blues, jazz, funk, soul, rhythm and all its offshoots that were born there. On his new album "THE ROLL UP," you hear the tough funk in Willie Dixon's "29 Ways," blues/soul in "Sad, Sad Story," the Allmans style jamming on "The Roll Up," the heavy rock of "Bad Things," the New Orleans pop blues of "Junker Blues"(a tribute to one of his favorite spots in the world, New Orleans & also to its writer, "Champion" Jack Dupree). The CD with 14 songs in all was released Fall 2004. His band includes: Frank Diorio/Drums and Andrei Sebastian/Bass. Frank's most recent gigs have been with Felicia Collins (David Letterman Band) & Phoebe Snow. Andrei is a great up and coming bass player who understands the fatback style of playing his instrument. Michael has played with members of the Jimmy Vivino Band and the Jerry Vivino Band (the Max Weinberg 7/Conan O' Brien). Michael is also well known with his rockabilly band "SLICK PELT." They have 2 CDs out on his own label, MMM Records. Slick Pelt has toured the south, mid-west and up & down the East Coast and have opened for: Clarence "Gatemouth" Brown, The Blasters, Gov't Mule, George Clinton & P Funk, Koko Taylor, Robert Gordon and even Randy Quaid (& the Sharks). Michael and his current group perform all over the NY Tri-State area. He has a solid fan base and his (former) web site had over 50,000 hits. His CDs with Slick Pelt are available through every major CD retailer on the internet. His new release is greatly anticipated by fans and retailers alike.