The Josh Garrett Band - Honey For My Queen 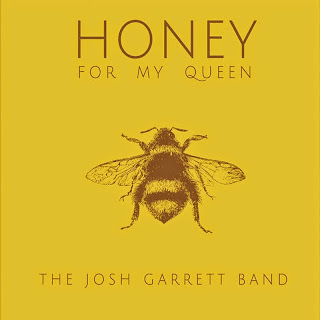 Josh Garrett adds a touch of Cajun soul and rustic creatively to his singing and songwriting. His musical expression captures who he is and where he's from. The stories he tells are personal, yet timeless and universal. His true love is his guitar and it's expressed in every emotionally charged performance.
Josh, accompanied by his band, has been touring extensively around the country for over a decade, and is now out promoting his newest album. From the first song, "Honey For My Queen", Garrett sets a toe-tapping groove that dips and curves from track to track, but always drifts back to South Louisiana. Utilizing talent from his hometown of Houma, LA, to the backstreets of downtown Baton Rouge for this latest project, Josh surrounded himself with legends and greats that deliver that sound that is just as much felt as it is heard.
Garrett's tune 'Same Boat', on this his 4th release, features Mr. James Johnson, legendary Baton Rouge blues-man, laying down some blues history lessons in the rasp of his voice and the whine of his guitar. Johnson played bass and lead guitar for Slim Harpo and Raful Neal.
Josh stretches into some more modern R&B with 'Easy Chair' and keeps it honest, and raw with 'Goodnight, Goodnight'. "Honey For My Queen" is eclectic and strays from the lightning electric blues and horns-driven arrangements of Josh's earlier work. The tunes stay with you, and the feel is real.