Tolo Marton - Still Close To You 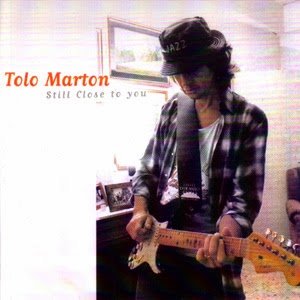 Tolo Marton, musician and great Italian guitarist, was born in Treviso in 1951. From an early propensity for music shows and the breakthrough in 1964 when his brother to listen to "Help" by the Beatles. Is not influenced by a specific genre of music, but is guided by vibration stirring instruments and genres. "The easiest way to present Tolo Marton is to say that it is the most talented guitarist rock Italian. And let us not forget that it is the only Italian guitarist to have won the status of a guitar hero, winning the Voodoo Child Award, received from the hands of Al and Janie Hendrix, Jimi's father and sister. " That was in 1998, exactly in Seattle, consecrating definitively as best guitarist Italian.
His most significant experiences wander in and out of the Italian borders. After a brief collaboration with Le Orme in 1975, produced three studio albums in the '80s, she shares the stage with the greatest ever: BB King, Jeff Beck, Blues Brothers. It moves also in America, in Texas. Is greatly appreciated by the American public and began a long period did interviews, concerts, appearances in radio and a CD American. As for the style of Tolo Marton, if we must call it, it is certainly included in the Classic Rock, that the '60s onwards has totally changed the perspective and instrumental music, unforgettable. Delimit this formidable guitarist but it would be really terrible: based on original songs, music plasma and blood through the instincts of blues, rock, country, melodies, deadlifts, strength and gentleness; all elements present. As reported by the official website, magazine Guitars, to publish the score of his piece "Alpine valley" describes very well the style of Tolo when he says: "In this part of the song, the sounds that TM is able to produce with his guitar not are transcribed in notes .. ".Some place it among the rock guitarists, some blues, even other country ... is all and none of this: Tolo is actually a guitar virtuoso, able to convey everything he has inside without gestures without moves, without mimicry stage but only with the sounds coming out of the six strings. It is considered the Italian guitarist who has more class, which never repeats itself during his concerts, even at a distance of a few days.