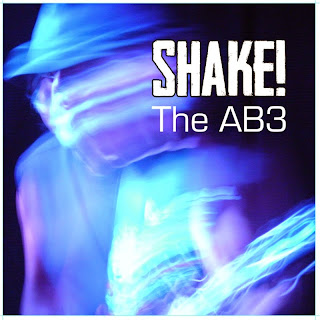 
The AB3 (the Andrew Burgess trio) was born when three friends, all seasoned life long road musicians, got together just to play some music and follow the direction it took them.  Over the next several years, a unique and yet classic style emerged. The sound is pure classic rock trio, think ZZ top, Lead Zeppelin, Stevie Rae etc. At first their specialty was cover songs, brutally twisted and updated to a guitar heavy sound. Songs which are unexpected such as Wooly Bully or Ohio. A ground breaking album was recorded at Just B.s' House of Rock Studio, "Contraband". Two years later another album was recorded, "Dubious". This was another altered cover album which is legend because the band decided not to release it. It is only available in bootleg form because the guys went on with an original album before it was released and have put all their energies into this new concept.
Andrew Burgess: Andrew has played his music across Canada and the United States for over 50 years, spending years on the road with many bands such as "Aesop's Fables", "Father Finley's Wake", "Big Daddy & the Group", "The Feeling", "A J's Boogie Band", "Who's Your Daddy" and more. In concert he uses a Gibson SG, Marshall & Fender amps in tandem and no pedals, loops or effects. Just a musician playing a real instrument.
Justin Burgess: A professional musician from birth. Starting on drums, Justin went on to earn a Bachelor of Music degree in percussion. He led bands all his life and branched out to guitar, bass and piano. He has written, arranged and recorded 8 original albums to date which can be purchased on www.cdbaby.com. He toured Canada with his own band, "Just B." & "The Slam Hounds" and toured the Netherlands with "Big on Venus" and "Thundermug". Justin played three tours of Western and Eastern Canada with guitar legend "Bill Durst" as well as concerts of his own and "The AB3". At present he is hard at work on a new album of original music "Heads Will Bang". In concert with The AB3 he plays drums and vocals.  Peter Novar: Peter has played bass guitar for many many years, mostly around the Toronto area. He played with "The Damn Neighbors", "The Harbor Rats", "Jeff Healey" and many more. Fans who are into bass, rave about Pete's smooth but aggressive tone. In concert he supplies the foundation of the AB3 groove, harmony and encouraging yelps and shouts. Shake! is explosive classic power trio rockin' blues featuring guest artists, Cheryl Lescom (snarlin' blues vocal) and Rod Ramsey (blues harp).