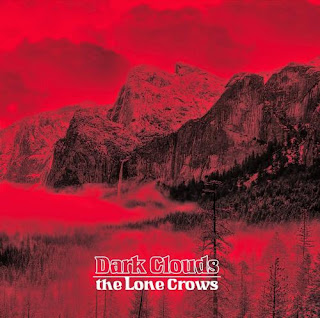 Although on the surface this album from The Lone Crows can sound ultimately derivative and a bit boring in parts there is a certain charm that seeps through and hit's you when you least expect it. Peddling a rather worn down blue rock Americana, The Lone Crows are fits to moments of inspiration when the music takes over their soul and they stop trying to hard. They really start to flow then and you can feel their soul reaching out. And it is soul that this music is all about here. Take the run out of 'Dark Clouds' which hits a rather neat funky ending and the music drifts along at a pleasant pace. There's also the magnificent 'Anger' which features some incendiary guitar and forms a decent start to the album.We say decent as there are some down points and The Lone Crows will need to iron these out to make any true impact on the Americana scene. In a scene where experimentation has risen to the fore, a thirst for the good old days seems to have subsided and so they may struggle. There's also the issue that some of there songs just aren't strong enough to cut the mustard and so they end up flailing. Where 'Speechless' just drags with it's boring blues, 'The Dragon' lifts the ante with some funky riffing that throws in a little heavy psych for your pleasure. 'Lonesome Road' is one of those songs that could have been written in the hey day of Little Feat but 'Midnight Show' with it's faux contemporary style fails on all levels. At least last song ''On That Day makes up for some of the indiscretions with a rather measured piece which simply oozes American soul.
It's hardly going to shine out amongst the many bands who do this sort of stuff but then the competition is fierce out there. At times The Lone Crows sound like an average pub band, at other times they can hit the sublime. It's a shame that those times are outshone by the bad times but then Led Zeppelin did say there'll be good times, there'll be bad times and that didn't do them too wrong.