Roy Rogers - Into the Wild Unknown 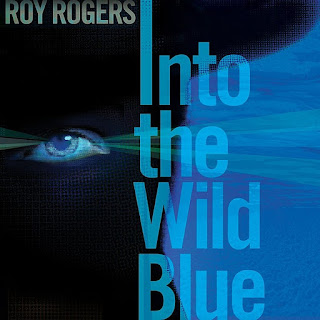 Slide guitar master, Roy Rogers, again breaks new ground with his latest and highly anticipated solo album, Into the Wild Blue. Widely known for his work with The Delta Rhythm Kings, John Lee Hooker and Ray Manzarek, Grammy Award-winning Rogers blazes his own path with a solid collection of vocal and instrumental jams and ballads that breaks free from the restraints of convention, unfurling the genres of blues, rock and roots to exotic and exciting faraway places.Into the Wild Blue is Rogers' first solo effort in five years and is a distillation of a lifetime of myriad musical knowledge and experience; its multiplicity of styles are clearly steeped in tradition but reflect a broad musical sensibility. Rogers' background as a producer, songwriter, singer and unparalleled slide guitarist is extensive: a gifted guitar player by age 13 and influenced by legendary blues icon Robert Johnson, Rogers spent much of his youth hanging out in the vibrant San Francisco music scene during the 60's, gigging solo and with various bands in and around his native Northern California. In 1982, Rogers toured with John Lee Hooker, recording with him in the 90's as well as with BB King and even Miles Davis - experiences that would profoundly expand and mature his musical acumen - honing his exceptional writing, producing and performance talents. It was during this time when Rogers racked up eight Grammy nominations. A year in the making, Into the Wild Blue is a showcase for Rogers' considerable slide guitar ability; clean and smooth licks executed with deft precision while ranging in mood from Southern Roadhouse Rock & Blues to ethereal and contemplative instrumentals and ballads. Into the Wild Blue kicks off with hard driving guitar in "Last Go-Round" - a rollicking and highly-danceable piece - that puts Rogers' searing slide-skills front and center. Whether through Rogers' thoughtful, poetic verse, driving rhythms or celestial instrumentals, every song is a chapter in a book you can't put down. In "Got to Believe" Rogers exquisitely arranges strings and slide with stirring female backup vocals - delivering audio alchemy that weaves rock, blues and soul into a bumping, full-bodied and tightly-produced arrangement. Tales of redemption, release and rejoice are delicately arranged in "Song for Robert (A Brother's Lament)". In this moving tribute to his brother, Rogers merges self-reflection, hope and celebration into a sublime, heartfelt instrumental that paints a picture and tells a story - all without saying a word.
According to Roy Rogers, "I want to celebrate life through music." Into the Wild Blue achieves that mission and presents an enticing offering that transcends time-tested genres while putting Rogers' vast and ardent abilities on full display.