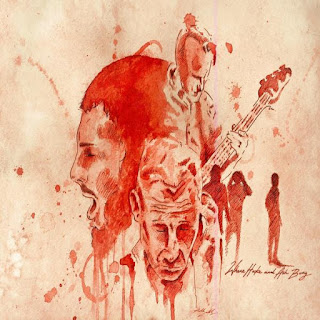 Taylor Carano Presents: "Where Hate and Ash Bury" was released today!! Available Everywhere. iTunes, Spotify, Amazon and many more. Download your copy today!Sophomore solo album, high energy rock 'n' roll for the modern listener. Culmination of Blues/Rock/Acoustic/Psychedelia/Alternative. Songs based in truth and made for a sunny day.
Taylor Carano has been playing music, guitar especially, since his younger days. Starting with pots and pans, and a guitar with plastic strings at age 5. He eventually graduated to the electric guitar when he was 10, and hasn't looked back since. He has been playing in bands since he was 13, most of which he started with childhood friends. He began singing and songwriting in late 2010 and jumped into the music scene with his band, "Speak of The Devil", a two-piece blues rock outfit that eventually formed into the "Rusty Barn Rock Blues" trio known as The Bleeding Feathers. Through experiences and adventures, he has met many amazing people along the way, including members of The Bleeding Feathers. In addition to playing guitar, singing, and songwriting Taylor also plays bass, drums, harmonica, and piano. Born and bred in Northeastern Ohio, rust and blues are a part of Taylor and truly helped define his sound.
In 2013 The Bleeding Feathers went on hiatus leaving the band members to pursue personal adventures. Taylor, feeling very lost, formed an acoustic duo "The Fleecers" with fellow TBF member Austin Glosik. The Fleecers being short lived, Taylor began working on something bigger. . . 2 brand new full length albums. One of which entitled "Where Hate & Ash Bury" is to be released June 5th, 2015.
Taylor is also a member of friend Johnny G's band, where he plays electric and acoustic guitar. This is where Taylor first met Brant Novak, a towering hulk of bad ass bass mastery. Brant is no stranger to the music scene in any part of the country and has been a road warrior for as long as he can remember. Taylor knew immediately that they would become long-time friends and bandmates.
Wandering around the music scene you'll meet many amazing people. . . Taylor met Jacob Price, a quick witted, whiskey drinking sound engineer. Jacob earned his stripes by being one of the best and notable sound engineers in the Northeastern Ohio area. Taylor and Jake quickly became friends and have been working together since.
Most recently in early months of 2015 Taylor, Jake, and Brant started jamming, eventually joined forces and will begin their upcoming tour promoting "Where Hate & Ash Bury" on Saturday, April 25th 2015 at The Stone Tavern in Kent, Ohio.(http://www.cdbaby.com/Artist/TaylorCarano)