Franck Ash - Beyond The Clouds 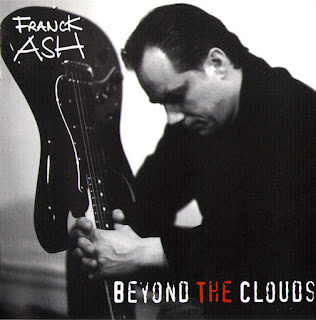 Immersed in Black American music from a very young age, Franck developed a passion for singing and playing guitar. A prizewinner at New York’s famous Apollo Theatre amateur night show, he subsequently become a frequent guest at the show. Franck’s debut album, “This Must Be Love” was released to critical acclaim across the international Blues scene, resulting in an award from the French Academy Of Jazz and best European artist in 2000. In his own inimitably style, Franck continued to develop a unique and versatile repertoire with a fusion of Soul, R’nB and Funk on a solid Blues ground and released “Beyond The Clouds” in 2003. Alongside the work with his own band, Franck was also invited to become band leader and guitar player for the great Screamin’ Jay Hawkins. They toured Europe and USA and recorded two albums “ At Last" in Memphis Sam Phillips studio, and “Live At The Olympia” in Paris. He has also played with the likes of Luther Allison, Dr. John, Robert Cray, Magic Slim and Taj Mahal. With regular appearances on TV and even a movie soundtrack under his belt, Franck Ash is best known for his cracking live performances.