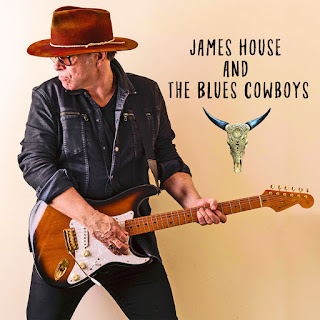 A versatile and prolific songwriter, vocalist, and recording artist who has penned songs for the likes of Rod Stewart, Tina Turner, Kylie Minogue, the Mavericks, and Olivia Newton-John (he composed the number one hit "In a Week or Two" for Diamond Rio and earned Grammy nominations for "Ain't That Lonely Yet" [Dwight Yoakum] and "Broken Wing" [Martina McBride]), James House was born in Sacramento, California and raised on his family's ranch in southern Oregon. House began performing solo shows directly after graduating from high school, eventually forming his own group, the House Band (later changed to Prisoner), and inking a deal with Curb/Warner Bros. The group moved to Los Angeles in the early 1980s and issued one single before breaking up, but House stayed in the area and became a sought-after voice in film, lending his talents to the soundtracks for Teen Wolf, Fire with Fire, Tin Cup, and Ishtar. Inspired by the burgeoning new country movement, House moved to Nashville in 1988 where he signed with MCA. He released his eponymous debut album for the label in 1989, which yielded the hit "Don't Quit Me Now," with his sophomore outing, Hard Times for an Honest Man, arriving a year later. In 1994 he moved to Epic Records and issued Days Gone By, which featured his biggest hit yet, "This Is Me Missing You." Subsequent years found House working with the Beach Boys, Raul Malo, Trisha Yearwood, Steve Holy, and Steve Azar, just to name a few, and in 2012 he released Heartache Town, a collaboration with John Brannen under the Troubadour Kings moniker. In 2013 House started his own independent label, Victor House, and the following year released Broken Glass Twisted Steel, a collection of newly recorded versions of the hits he had penned for others over the years. That same year saw the release of Songwriter's Serenade, a set of song co-written with some of the industry's biggest names. ~ James Christopher Monger