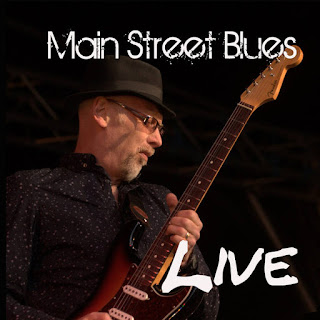 Main Street are one of the top electric blues/rock bands to emerge from the East of Scotland in the last six years. The band plays up-tempo electric blues with a broad range of R 'n B and funk influences. The band has also added acoustic blues and roots numbers to it's popular shows. The band regularly performs around the Scottish and North of England Blues festival circuit, and has played sell out shows at the Edinburgh international Jazz and Blues festival every year since 2012 as well as playing the Main Stage at the Tartan Heart Festival at Belladrum in 2014 and having part of their set broadcast by BBC Alba. Main Street have an excellent reputation for putting on a top class, exciting and energetic live show and have supported many international touring bands, such as Wishbone Ash, Caravan, Paul Jones and the Blues Band, Hot Chocolate, King King, Stan Webb and many more.
'A masterclass in musicianship. Simply First Class' Press & Journal
'So tight, you couldn't slide a Rizla between them - great gig' - Author Ian Rankin
'A wonderful range of influences, Walter Trout to Robert Cray, all beautifully delivered and backed by a bass player and drummer most front men/women would kill for!' - Mike 'Dr Blues' McKeon