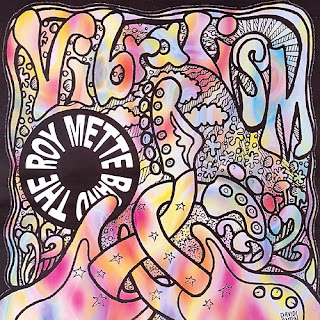 Roy Mette is an experienced musician from Essex in the UK and this is the sixteenth album of his career.  He has always mixed things up and has recorded in both blues and folk idioms.  Live he plays solo acoustic as well as in an electric band where live he often mixes original numbers and Rory Gallagher covers, keeping true to British blues/rock roots.  This album is something of a departure as the all original music ranges quite widely across styles.  The band is Roy on all guitars and vocals, Andy Bostock on bass and Dave McCarthy on drums; Dave Woodcock adds piano to three tracks. The album opens with “Like A Ball And Chain”, Roy on both acoustic and electric guitars playing a menacing riff, well supported by the rhythm section, on a song about a solitary guy with a drink problem who ends up talking to his whisky bottle.  “Just Because” harks back to some of the gentler work of the original Fleetwood Mac with Roy’s guitar and Andy’s bass producing a lilting tune enhanced by Dave’s piano.  “Love In The First Degree” is a solid shuffle with an interesting lyric; Roy wants to enter a plea to the court that he is suffering…. from the title of the song!  An extended ballad of lost love “Heartbreak Time” offers plenty of scope for Roy to play some classic guitar licks, at times double-tracked against himself and with Dave’s piano again adding depth to the arrangement. The title track “Vibralism” is an instrumental that pounds along on top of a core riff from Roy and plenty of guitar flourishes on top.  There is a Rory Gallagher feel to this one, hardly surprising as Roy is clearly a fan of the late Irish guitarist.  A tragic tale of an alcohol-dependent friend is played with minimal drum accompaniment to Roy’s vocals in “The Drop Below (Song For John)” – “All the time we were flying we did not see the drop below”.  Roy is worrying about what others think in “Paranoia”; the rhythm section plays some great jazzy stuff here and Roy does some Al Stewart style picking in another interesting change of style;  “Big Daddy C” has something of the same feel at a slightly faster pace. Some deep chords propel Roy into the moody “Honey Trap”: “Something is out of place, something has moved, someone has left a trace.  Now you know how it is to be an open case, now you face the honey trap”. Roy shows us his sense of humor in the rockabilly “Big In That” which is great fun both lyrically and musically.  The title “Electric Grass” gets our attention and it is certainly a strange song which includes references to Vietnam, surveillance and 1960’s fashions!  The rhythm section sits this one out as Roy accompanies himself on electric guitar.
The whole band is back for the catchy groove of “Easy Money”, a tale of a girl who wants “it all now, paid for by easy money”, Roy taking a solid solo before Dave returns to assist on the instrumental track “Blue Surf Shadows”.  Now, those who know the English climate and the area of Essex will be aware that surfing is not a common occurrence there but The Shadows were once as influential an instrumental band in 1960’s Britain as The Ventures were in the USA which probably explains the title as Roy finds his inner Hank Marvin on this one!  Another odd title “White Men Sing The Greens” closes the album with a piece of late night jazzy blues and a comical lyric spoken by Roy in an exaggerated English accent which may be provide an interesting challenge for American listeners! This album shows that Roy is a talented writer and guitarist who has several strings to his bow.  As a consequence this CD is not all blues but there is plenty of good material to enjoy across the range of style presented.