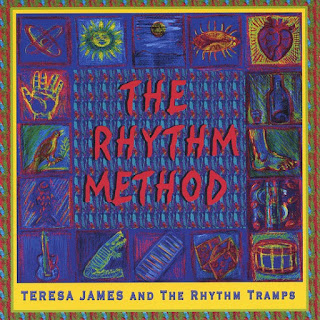 Teresa and her band, The Rhythm Tramps, join up with some legendary guest players to have fun exploring the grease and bluesy roots of Texas, New Orleans & Memphis featuring songs by Delbert McClinton, Jerry Williams, Al Kooper, Terry Wilson and others.
With her fourth CD, Teresa James and Terry Wilson have crafted an album that covers an amazing amount of ground - from the rocking Texas style "Nobody Rings My Bell", to a soulful cover of Al Kooper's " I Love You More Than You'll Ever Know" and then take you to Memphis with "A Good Man's Gone" onto a New Orleans Old Quarter visit with the haunting "Louisiana Moon".
Along with her band The Rhythm Tramps, Teresa calls in some of her musician friends from L.A.'s finest and some legendary players.....(Johnny Lee Schell and Dean Parks on guitars and Tony Braunagel, Tom Fillman and David Raven on drums along with Danny Timms on piano and Lee Thornberg (on some horn arrangements as well as trumpet) to join her and have some fun........Then they go on and recuit internationally with their pals John Rabbit Bundrick on B-3 organ (from The Who)...Delbert McClinton's horn section, Terry Townson and Don Wise join her on several tunes along with Delbert's keyboardist, Kevin McKendrie on piano and Big & Rich's James Pennebaker on guitar.
"I haven't heard pipes of this caliber in a long time..........I think this is an amazing body of work.....this lady has star written all over her!"
James "Blues-Hound" Kagel - Producer/Programmer KPFT Houston