Syl Johnson - The a Sides 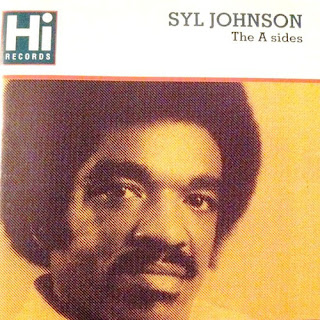 Syl Johnson is an American funk, soul, and blues institution. He recorded for Vee Jay Records in the very late 1950s before debuting as a solo artist in 1959 on Federal Records. The early part of the 1960s saw a cascade of Syl Johnson releases on 45, on labels including Zachron, Cha Cha, and Ember. In the decade's latter half, Johnson worked tirelessly for Chicago's Twinight record label. Dresses Too Short, Johnson's debut LP, was released by Twinight in 1968; Syl followed that up with 1970's Is It Because I'm Black?, the apex of his artistry and social consciousness to that point. Syl spent the bulk of the 1970s as a labelmate to Al Green, recording a deluge of 45s and LPs for Memphis's Hi Records.
American funk/soul/blues singer and music producer.
Johnson sang and played with blues artists Magic Sam, Billy Boy Arnold, Junior Wells and Howlin' Wolf in the 1950s, before recording with Jimmy Reed for Vee Jay Records in 1959. He made his solo debut that same year with Federal Records (2), a subsidiary of King Records (3) of Cincinnati, backed by Freddie King on guitar.
He then began recording for Twinight Records of Chicago in the mid 1960s. Beginning with his first hit, Come On Sock It to Me in 1967, Johnson dominated the label as both a hitmaker and producer.
Like other black songwriters of the period, several of his records at this time explored themes of African-American identity and social problems in songs including Is It Because I’m Black, which reached Number 11 in the R&B charts in 1969.
In 1971, Willie Mitchell brought Johnson to Hi Records, for whom he recorded three albums and a number of singles. Produced in Memphis with the Hi house band, these yielded music of power and enduring value, including the hits We Did It, Back for a Taste of Your Love and Take Me to the River, his biggest success, reaching Number 7 on the R&B charts in 1975. However, at Hi Johnson was always to some extent in Al Green’s shadow commercially, if not artistically.
After the Hi years ended, Johnson produced two LPs for his own label Shama, the latter of which (Ms. Fine Brown Frame, 1982) was picked up for distribution by Boardwalk Records, Inc. and produced Johnson’s last hit record, the title cut.
Around the mid-eighies, Johnson started a fast-food fish restaurant business, and became semi-retired from performing, only making occasional appearances at blues club gigs.
In 1992, Johnson found out that his classic song Different Strokes have been sampled by number of rappers including Wu-Tang Clan, MC Hammer, and Geto Boys. Stimulated by this fact, he decided to make a come back in the music business. In 1994, he released the album Back in the Game on Delmark Records. The album featured the the Hi rhythm section and his youngest daughter Syleena Johnson.
Blues guitarist and singer Jimmy Johnson (8), and bassist Mack Thompson are his brothers.